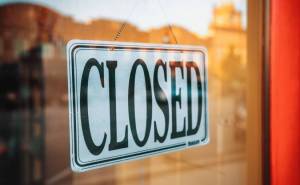 The idea of a four-day workweek has once again been gaining momentum as the pandemic forced companies and employees to revise their working patterns and become more flexible.

Several countries in Europe are working to make it a reality, including Spain, the UK, Finland, and Russia. Microsoft’s Japan location has even tested shutting its offices down every Friday for a month and saw a 40% increase in productivity.

The Four-Day Work Week: A Near Future or a Utopia?

While there are certainly benefits to compressed hours, there are also a few disadvantages and challenges. Implementing a four-day workweek can be difficult as it requires the right support, technology, and workplace culture.

Is a four-day workweek a realistic prospect without compromising business? Let’s try to understand what prevents this initiative from being implemented, whether it is possible at all in the foreseeable future, and what role technology will play in this process.

Worldwide unemployment, with the exception of periods of acute crisis, remains roughly the same.

With new technologies, business processes are accelerating and employee requirements are increasing. Take the example of a customer service representative in a bank branch.

Ten years ago, operators spent at least one-quarter of their working day reprinting data from passports, photocopying driving licenses and other documents needed to open an account, approving a loan, verifying a new corporate client based on their Federal Income Tax, and so on.

Today, almost all of these tech operations are automated at work.

Does this mean that employees are sitting and twiddling their thumbs on an office chair? No, of course not. Just through intelligent solutions, they manage to serve more people and simultaneously do something else: analyze data, respond to customer requests, and offer them new banking products. There’s still a lot to do Monday through Friday.

Just a couple of years ago, remote work was seen as a response to the public’s request for more free time.

Indeed, with the development of corporate mobility technologies, we are no longer tied to the office. We can work anywhere in the world with an Internet connection, constantly check mail, and respond to requests from partners and colleagues.

The pandemic has shattered the myth that we will work less when working remotely.

First of all, it turned out that not all companies were ready to switch to this format.

According to an ABBYY survey conducted at the end of 2020, 64% of companies had to adopt new technologies and processes, while 74% of employees said they faced challenges with switching to remote working.

Most of them found it difficult to set up a home office regarding technology and restructuring business methods. When identifying the cause of their biggest challenges, 40% of workers blamed a lack of information or solutions for completing tasks, while 32% blamed not having the right IT tools.

The global economy is holding on for two weekends

Businesses, as well as the model of consumption of goods and services, tend to adjust to the way of life of the people.

The U.S. officially adopted the five-day workweek in 1932, in a bid to counter the unemployment caused by the Great Depression. But Henry Ford, the legendary carmaker, made Saturday and Sunday days off for his staff as early as 1926 and he was also keen to establish a 40-hour working week.

An altruistic move in part also gave his workers the opportunity to spend their downtime buying consumer products and keeping cash circulating through the economy.

It is safe to say that theatres, video games, the fashion industry, beauty and health, and restaurants and bars would not have received such development without two days off.

The share of services in the structure of the world economy is growing steadily. According to the latest data from The Global Economy, it is already approaching 60% of GDP. Experts predict that it will continue to increase.

With that said, it could be difficult to move to four working days without significant financial losses and impact on productivity.

If you look at the current five-day program, the peak of employee efficiency tends to fall on Tuesday, Wednesday, and Thursday. Most Mondays are when you’re ‘getting into working mode,’ and on Friday, work activity goes down.

On the other side, a four-day week could give employees plenty of time to rest and recover and return to work feeling ready to take on new challenges.

Perhaps this could even relieve the dreaded ‘Sunday Scaries’ feeling. For example, from 2015 to 2017, Sweden conducted a trial study into a shorter workweek. “Nurses at a care home worked only six hours for five days a week. Results were largely positive with nurses logging fewer sick hours, reporting better health and mental wellbeing, and greater engagement as they arranged 85% more activities for patients in their care.”

The “nurse study”  shows that another day off could be feasible if approached correctly.

Just like when we have to adapt over a certain amount of time when changing to a new schedule, businesses should consider a gradual approach for employees. This could be accomplished by introducing programs and systems at the beginning of the day, sharing reminders of new and incomplete tasks, and encouraging open conversations to make the new schedule function well.

The battle for efficiency has been ongoing since the 20th century. Productivity growth is the only factor that can really help reduce the working week for the foreseeable future.

No company will entertain giving an extra day off unless they’re sure the job will still get done, whether it’s by an employee or a digital doppelganger. If we want to have more free time, we’ll be expected to, at least, do the same amount of work in less time.

Technology has helped give away routine tasks to machines such as entering data from documents, comparing their versions, searching for information in corporate systems, and more.

The very optimization of business processes can be managed through automation. Now, systems with AI elements can automatically calculate employee performance standards.

In addition, these solutions allow you to identify repetitive tasks in the overall workflow that can be transferred to robots.

While robots don’t do all the work for employees, they can help them free up more time and avoid boring, monotonous work. In the future, AI is expected to make even more global advances. Analysts predict that by 2022 AI will create 133 million new jobs, and by 2030, it will increase the world GDP by $15 trillion.

Although AI gives a competitive advantage to businesses, there are no revolutionary changes yet. In general, the level of productivity in different countries is not the same. For example, the most productive countries globally are in Scandinavia – Luxemburg, Norway, and Switzerland, with the U.S. listed at seventh place, followed by Ireland and Australia.

Productivity at work is not always associated with technology

Productivity is not always associated with technology. For example, it’s not customary in Germany to talk about personal matters or non-working issues, except for during lunch breaks. On a large scale, this is a significant time-saver.

Motivation and non-conformity to business procedures also play a role. However, the processes themselves can often be blamed for this. We still spend a lot of time on unnecessary stages, slow collaboration, searching for information inside the company and beyond, and duplication of tasks.

IDC estimates that up to 20% of companies’ profits are a problem each year. In this regard, the concept of digital intelligence is gradually gaining popularity across larger, well-known companies. A company that wants to improve its digital intelligence and get a sharp jump in productivity needs to fully understand the deepest aspects of its processes.

According to research, in the next two years, the demand for process mining solutions will grow 8-fold to $1.4bn by 2023. This is because these technologies allow you to better understand what is happening in your company at all stages and levels of processes.

Digital analysis of everything you do at work in your company

It’s a digital analysis of everything that happens in the company. Accounts, credit agreements, tax forms, payrolls, and delivery reports are all fragments of the processes on which the business is built.

Companies that have the tools to analyze and use this data correctly gain an undeniable competitive advantage. They can map processes and see where technological innovation is most appropriate and where automation will, or will not, bring significant savings in time and money.

I’m confident that using machine learning and predictive analytics will one day help change company formats and allow employees to do a week’s worth of work in less than 40 hours. Until then, I guess I better keep that golf slot for Saturday.

The post The Four-Day Work Week: A Near Future or a Utopia? appeared first on ReadWrite. 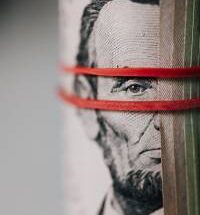 What to Include in a Cover Letter for Remote Jobs

Questions That Job Seekers Should Ask in an Interview

Tweets från DigitalaTips
We use cookies on our website to give you the most relevant experience by remembering your preferences and repeat visits. By clicking “Accept”, you consent to the use of ALL the cookies.
Do not sell my personal information.
InställningarAcceptera
Manage consent

This website uses cookies to improve your experience while you navigate through the website. Out of these, the cookies that are categorized as necessary are stored on your browser as they are essential for the working of basic functionalities of the website. We also use third-party cookies that help us analyze and understand how you use this website. These cookies will be stored in your browser only with your consent. You also have the option to opt-out of these cookies. But opting out of some of these cookies may affect your browsing experience.
Necessary Alltid aktiverad

Performance cookies are used to understand and analyze the key performance indexes of the website which helps in delivering a better user experience for the visitors.

Analytical cookies are used to understand how visitors interact with the website. These cookies help provide information on metrics the number of visitors, bounce rate, traffic source, etc.

Advertisement cookies are used to provide visitors with relevant ads and marketing campaigns. These cookies track visitors across websites and collect information to provide customized ads.

Other uncategorized cookies are those that are being analyzed and have not been classified into a category as yet.